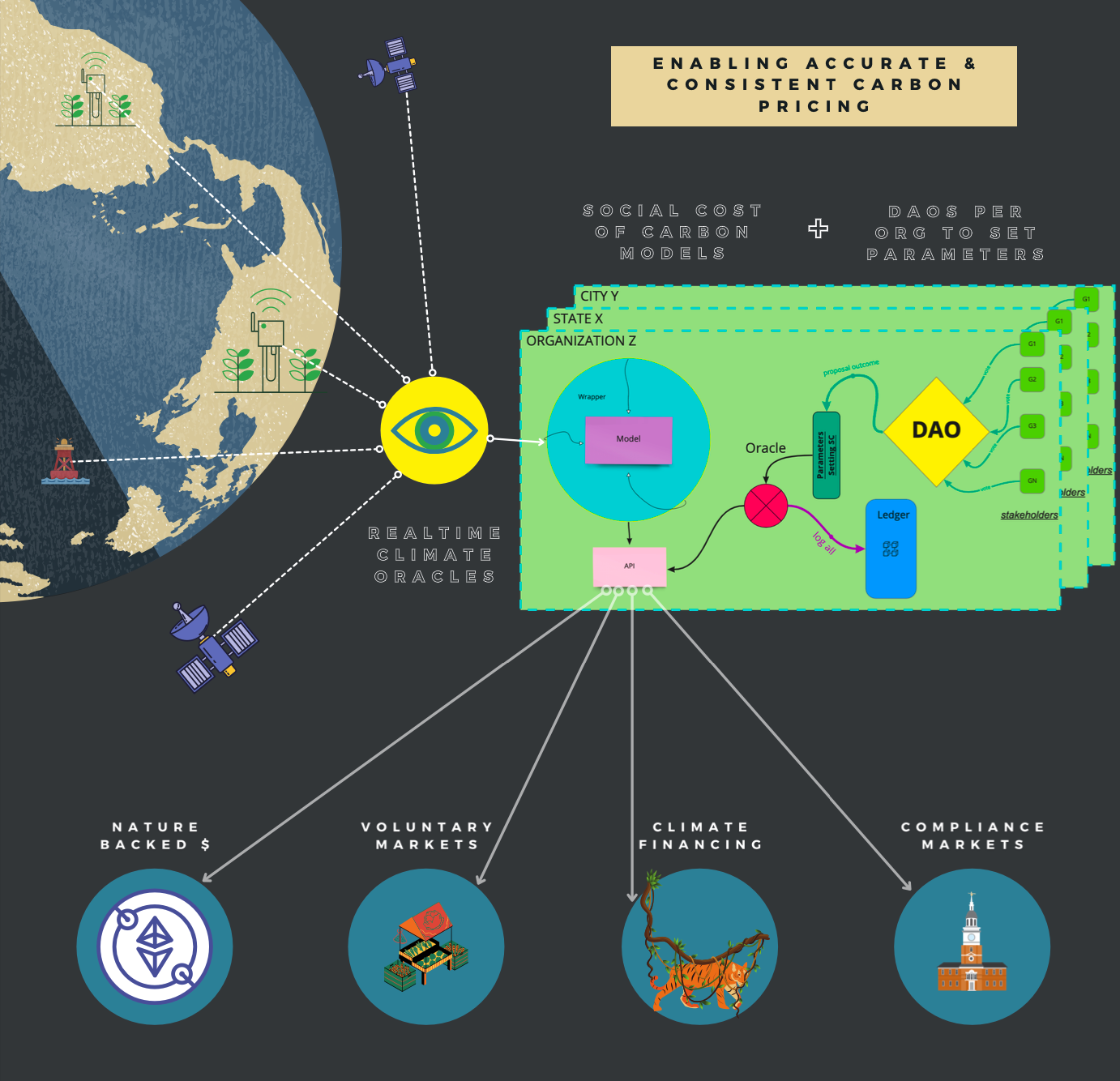 Our planet has a limited amount of carbon dioxide that it can absorb, before we bypass certain boundaries that will lead to a catastrophic destabilization of the our climate system as well as the biosphere. This is referred to as the ‘carbon budget’. Human society must limit its greenhouse gas production before this budget is breached. According to the Paris Agreement (PA), countries define their own contributions towards emissions and periodically revise these towards more ambitious targets, till such levels are achieved. Policymakers use climate policy instruments such as carbon taxes and offsets to create the necessary incentives required.

This is predicated on knowing what the carbon budget actually is in realtime, because the amount of carbon dioxide in the atmosphere is constantly changing:

The PA set a goal to limit global warming to 1.5℃, which implies a ceiling for humanity’s combined emissions - meaning that the carbon budget is continuously shrinking.

Secondly, we need to be able to set an accurate and consistent price for carbon, because it is a common pool resource, diffused across the world and affecting one and allⁱ. Today, carbon markets are highly fragmented and there is high variance in the prices set in different jurisdictions, ranging from less than $1 (in Mexico) to $125 (in Sweden) per ton of carbon dioxide equivalent (CO2e)¹. The spread is even wider for internal pricing of carbon, which varies from about $1 to $958/ton, with a median internal carbon price of $25/ton of CO2e². The reason for this large discrepancy is multidimensional and complex, as carbon prices set in different jurisdictions will depend on local circumstances and the role of carbon pricing within a broader policy context. The International Energy Agency Sustainable Development Scenario³ had estimated that carbon prices of at least $75-$100/tCO2 by 2020 are required to cost-effectively reduce emissions in line with the temperature goals of the PA. We are still far away from that goal. Here’s what we’re building that can change this situation.

The National Oceanic and Atmospheric Administration (NOAA) provides the world with its carbon dioxide monitoring capacity, and collects data from dozens of sites around the world through the Global Greenhouse Gas Reference Network employing various methods.

The CO2 levels vary spatially, as well as seasonally because during the northern hemisphere spring and summer, where most of the world’s biomass resides, plants conduct more photosynthesis than respiration and absorb more CO2, and the opposite happens during the northern hemisphere fall and winter. However, there is no API for this data, and it has to be downloaded and processed manually. So the first thing we did was build a web scraper to provide this data as an API, directly from the combined dataset provided by NOAA, which you can find here.

Ideally, we would like this data to come from decentralized sources, to reduce the chances of manipulation and error. We are in the process of combining other non-NOAA datasources, and creating a validation mechanism that would provide consumers of this data assurances to its validity in realtime. This system is what we’re calling a CO2 Oracle. We’re designing a Decentralized Identifier (DID) trust network built on top of Hyperledger Indy and Aries that follow W3C standards. This will enable heterogeneous actors, that includes nation-states, NGOs, people, sensors, web3 oracles to exchange sensitive information in a transparent, yet privacy-preserving way. We’re building off our work on pilots with the British Columbia government actively applying this technology to the interface between the private and public sector.

Eventually each data source like NOAA, would be providing their own verifiable credentials (VCs). A validator would assess and sign the data and release it to consumers.

The Social Cost of Carbon

The social cost of carbon (SCC) is an estimate, in dollars, of the economic damages that would result from emitting one additional ton of carbon dioxide into the atmosphere. The SCC puts the effects of climate change into economic terms to help policymakers and other decision makers understand the economic impacts of decisions that would increase or decrease emissions. The SCC is currently used by local, state, and federal governments to inform billions of dollars of policy and investment decisions in the United States and abroad.

Resources for the Future SCC Explainer

There are dozens of SCC models, the most popular of which are known as integrated assessment models (IAM) which take into account both the geophysical properties of the climate system as well as the socio- economic nature of human societies. They are of varying complexity and compute hunger, are typically open source and usually built on modern high level languages such as Julia. However, their inherent complexity and the breadth of knowledge required to operate them effectively makes them all but opaque to non-experts. In order to interact with them one has to be able to compile, run and make sense of the outcomes to be able to interact with such a model. We’re working to change that. Interacting with SCC models should be accessible and intuitive given they play and will continue to playing a key role on our climate actions.

However, there are some large barriers in this process:

We are working with UC Berkeley Anthoff Lab, the designers of the IAM model used by the United States, known as the Climate Framework for Uncertainty, Negotiation and Distribution⁴ (FUND). As a prototype, we are developing a Carbon Pricing Oracle which will respond to changes in the variables supplied by the earth data oracles in real-time. Users will be able to set other parameters such as forcing scenarios, discount rates and equity weighting, and this model will set a price for carbon, or the SCC, that tries to ensure that cumulative emissions from there on stay within the safe carbon budget. This will be designed with modularity in mind, so that any IAM could be swapped in later. We’re designing the UX for setting parameters so that by providing meaningful interaction it can educate users on how these parameters function and allow them to simulate outcomes. Finally, we will be providing APIs for both web2 and web3 to enable a wealth of applications to be developed on top of this system, such as climate accounting, carbon-backed currencies, and corporate compliance systems.

Given that each organization, whether a city, corporation or a nation state will value different parameters differently, we want to enable each organization to be able to set their own carbon price. In order to do so, we’re investigating using Decentralized Autonomous Organization (DAO) as a consensus mechanism for parametrizing the IAMs. This could allow anyone to create an IAM for their organization and provide their stakeholders with the ability to vote on the parameters they care about. This way, consensus for parameter setting can be achieved, and the whole process, from the earth state data to the actual price of carbon will be logged to an underlying blockchain, rendering the whole information pipeline transparent. Taking into account privacy concerns, we will have a better understanding of how certain actors choose to set pricing and will bring about unprecedented transparency into the carbon price setting process.

Having a robust and secure way of setting an accurate and appropriate carbon price may lead to the stabilization of carbon pricing models, providing a middle ground between sluggish bureaucratic methods and impetuous speculative derivation. It will enable novel and interesting climate finance instruments for carbon offsetting, climate fund algorithmic investing, climate reporting, automatized taxes or penalties for emissions, etc. But most importantly, it gives anyone the ability to acquire the true cost of carbon in a transparent and validated manner, from a reference carbon price Oracle of their choice.

Parts of this system have been prototyped and the code till date can be found here.

ⁱ However, it will disproportionately affect the global south more than the rest of the world, and that needs to be taken into account in the pricing and upstream policies.

ⁱⁱ For a deeper dive into some of the parameters that one can set, check out the github page for the FUND model, as well as RFF’s pages on discounting and SCC explainers.

This project is a collaboration between Open Earth foundation, supported by Chainlink and the UC Berkeley, supported by grants from Ripple's University Blockchain Research Initiative and the Binance-LIFT Initiative. 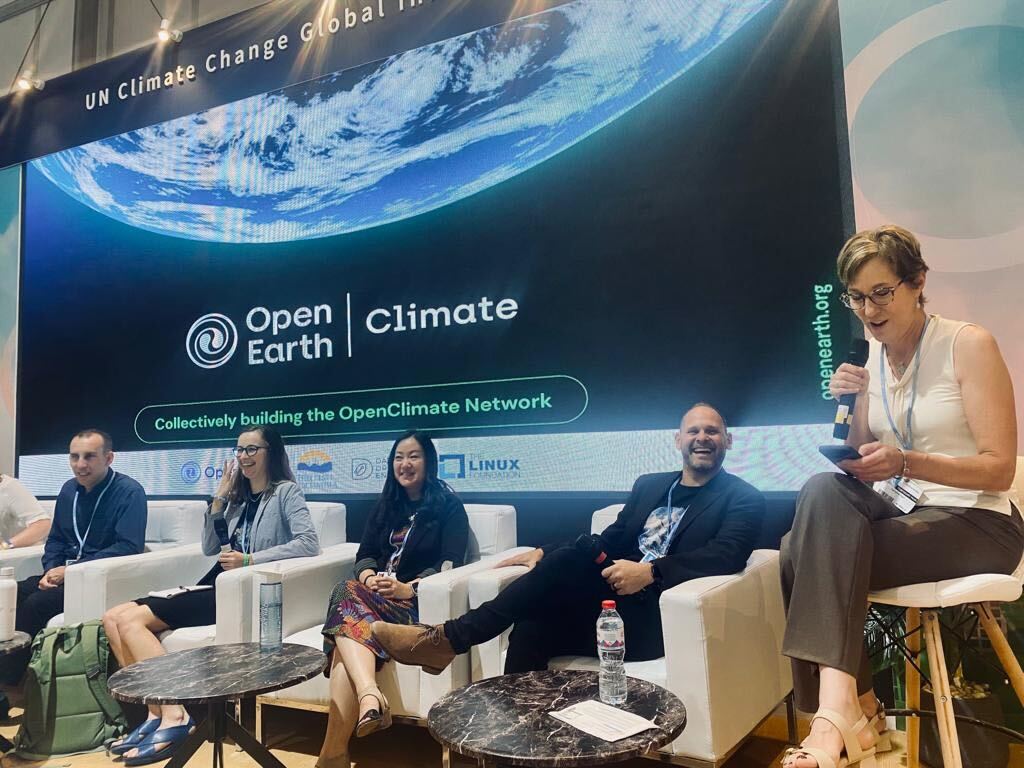 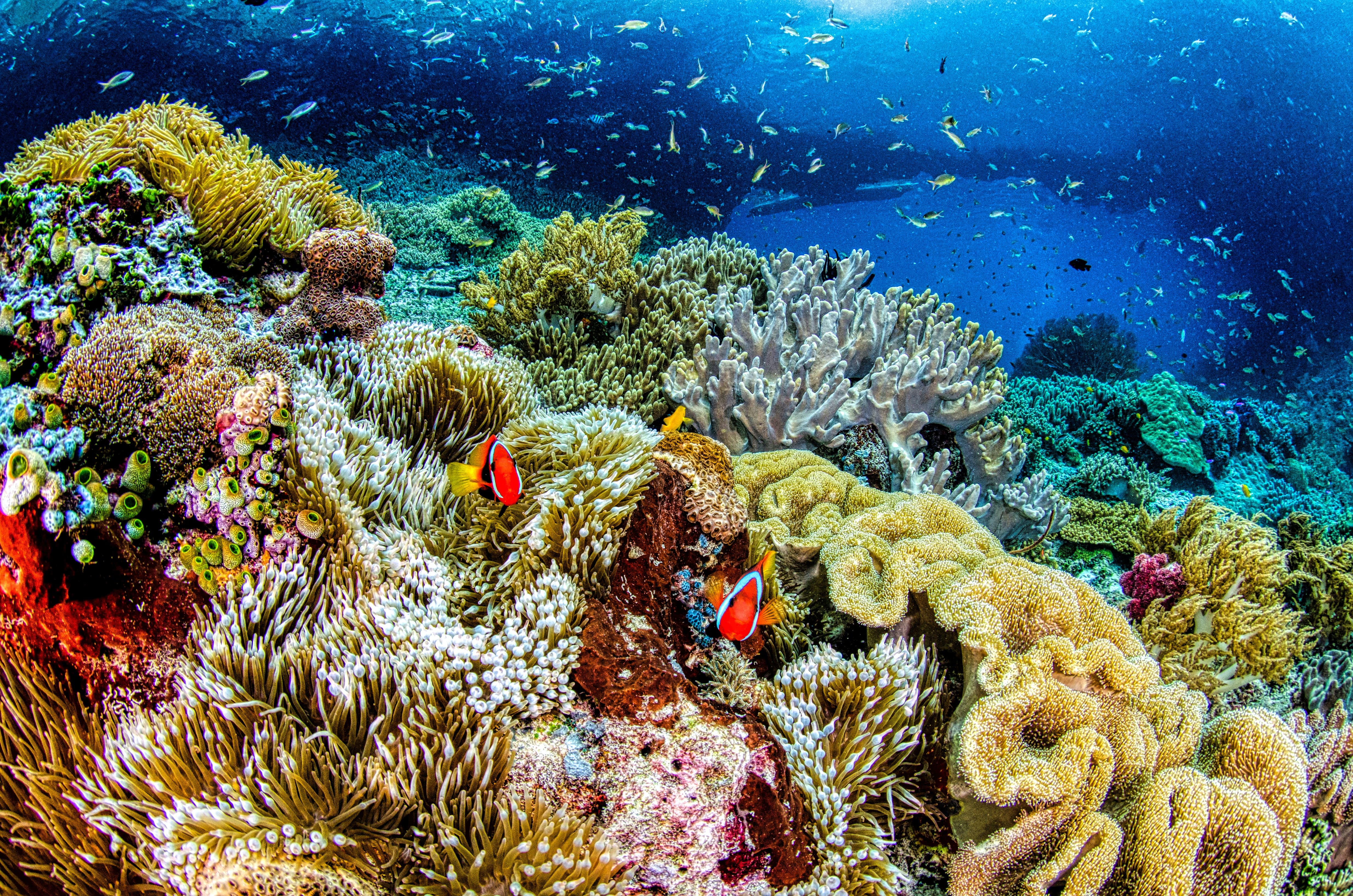 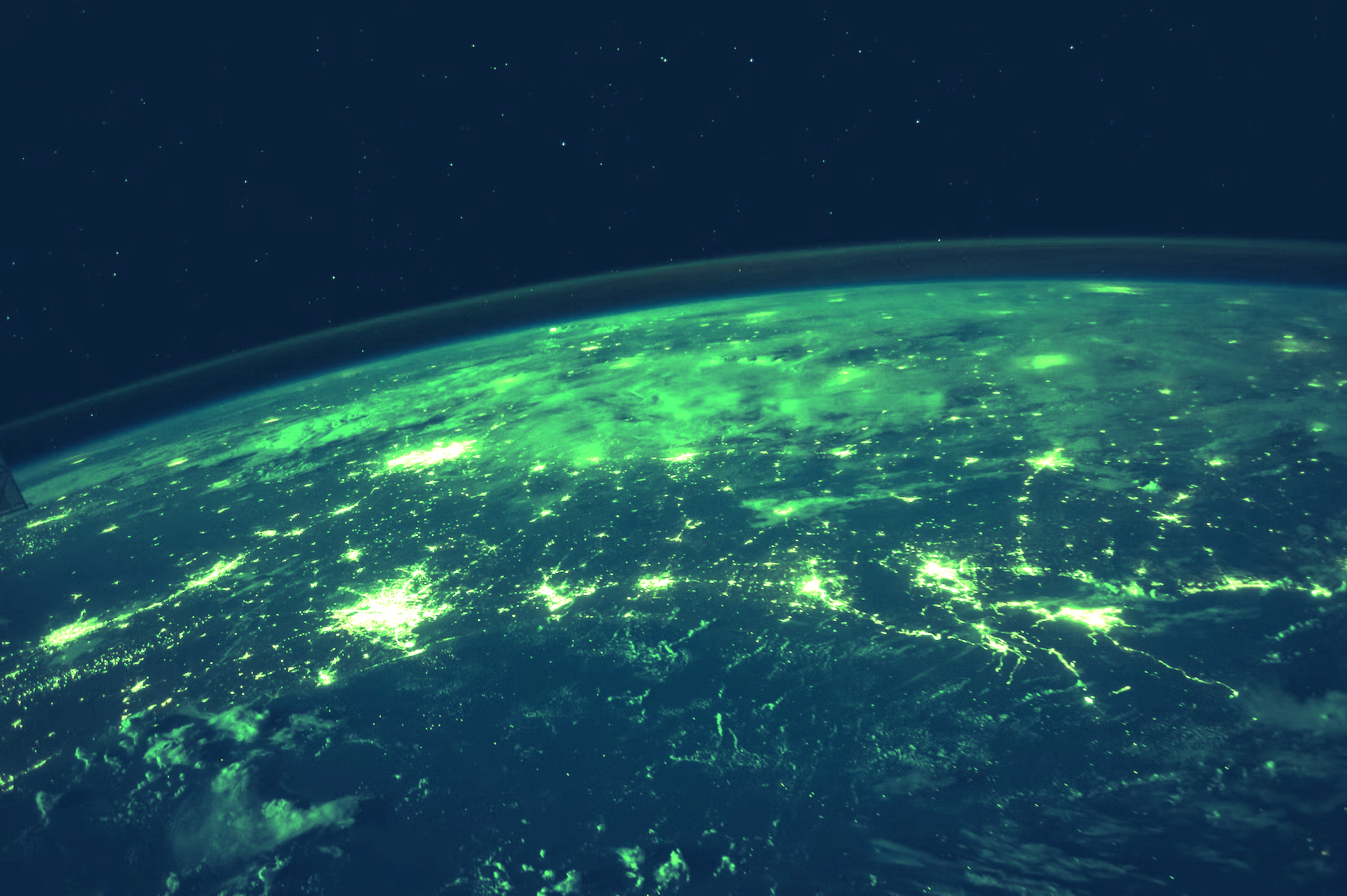 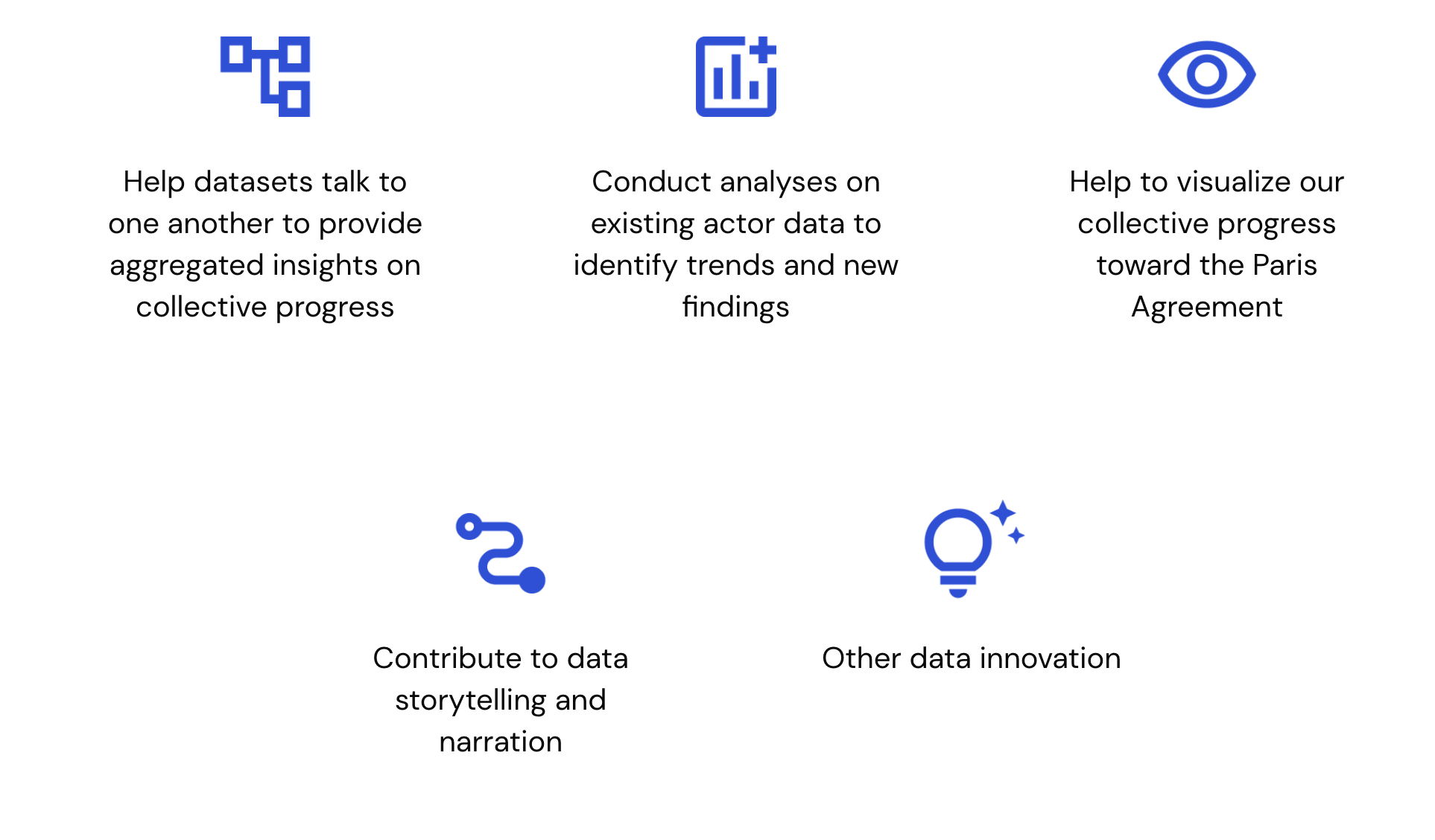 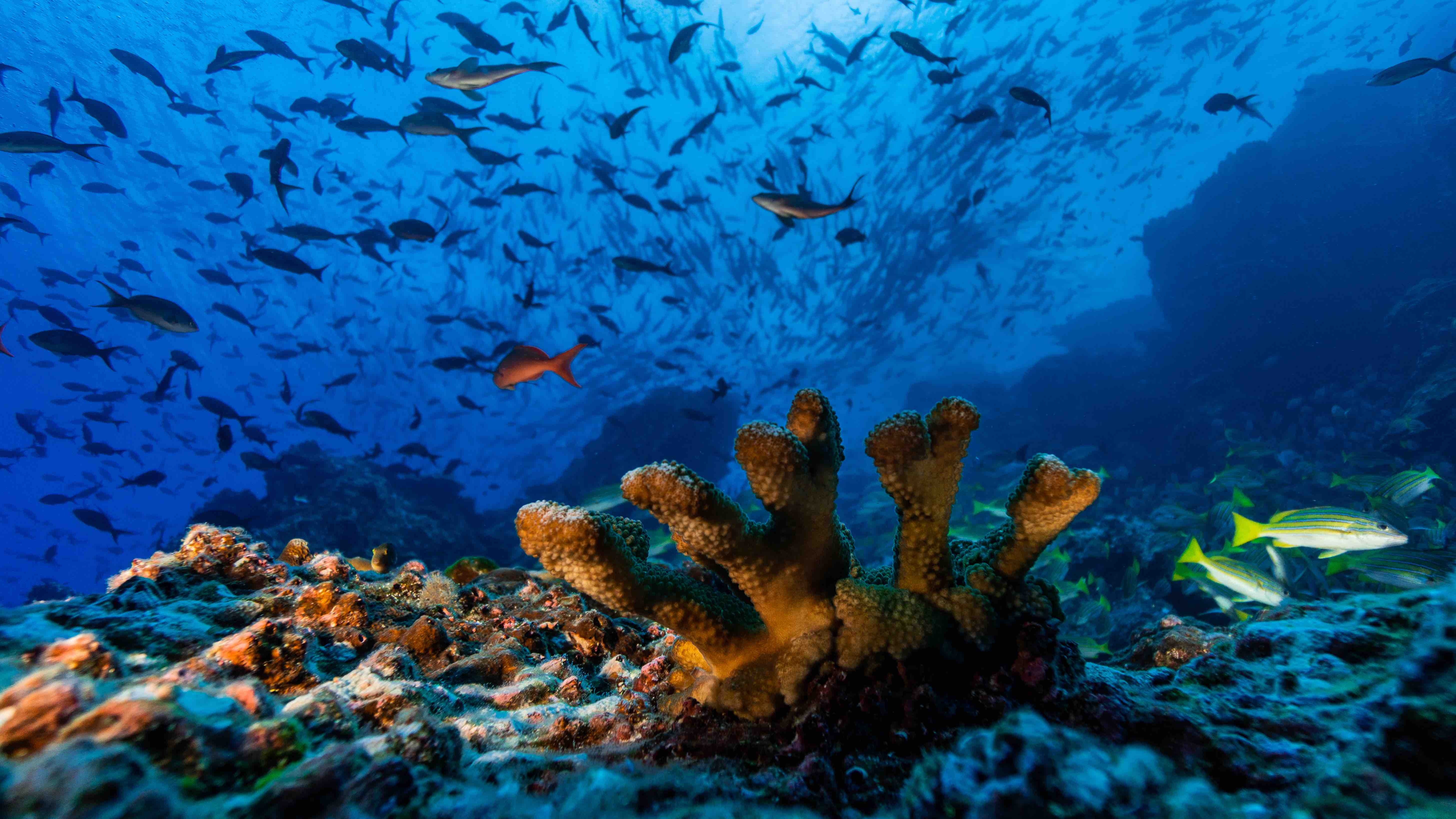 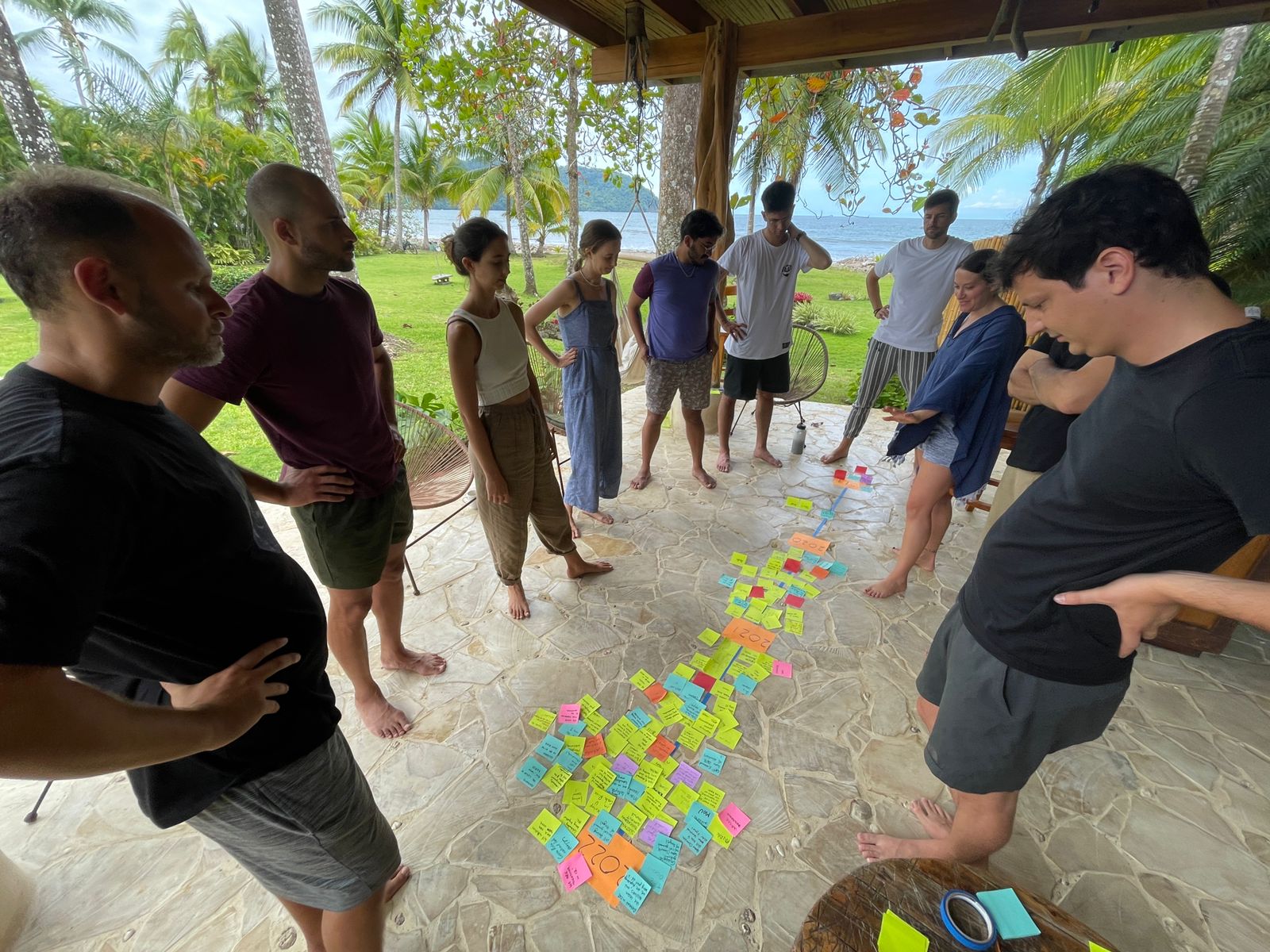 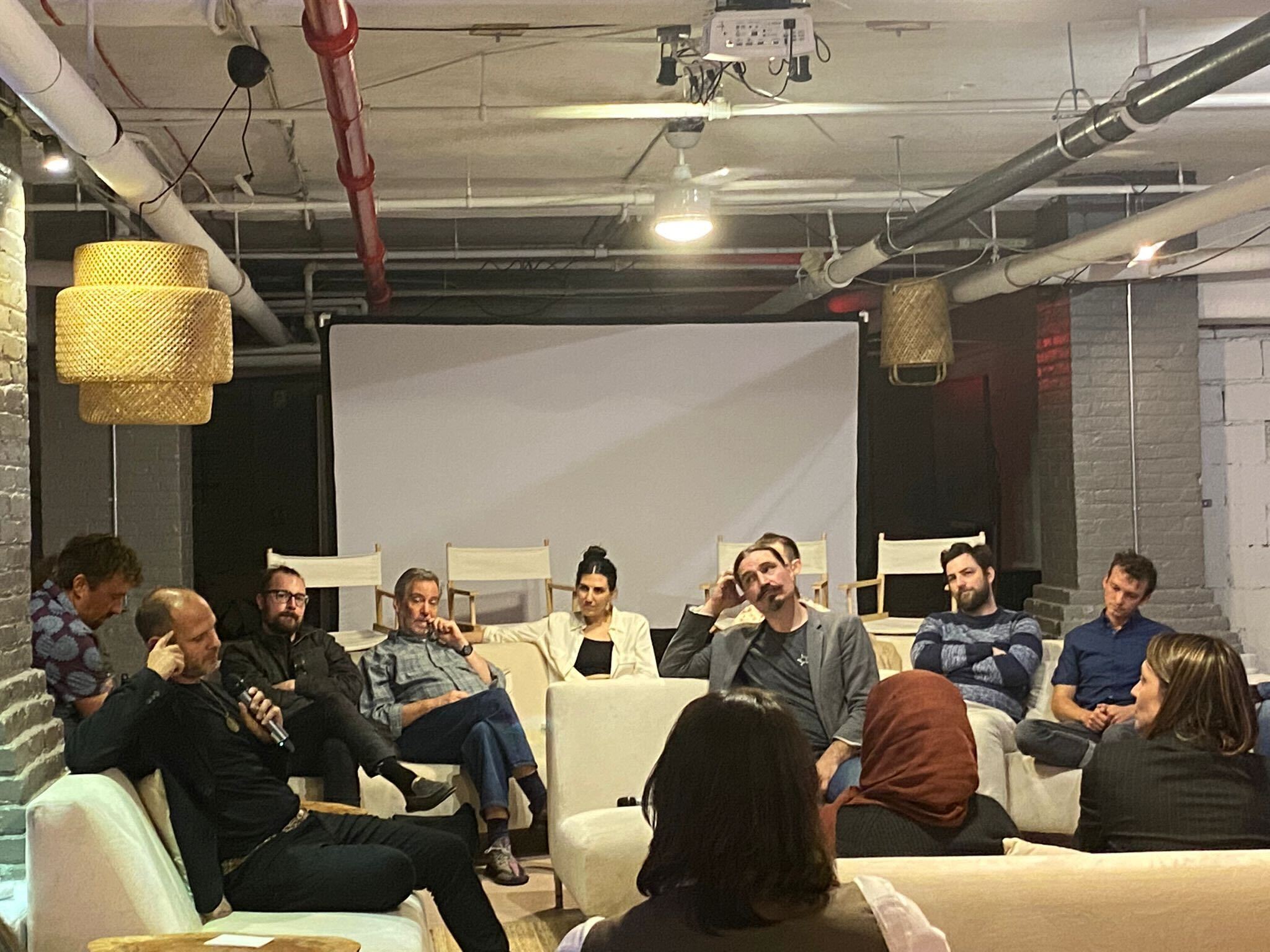 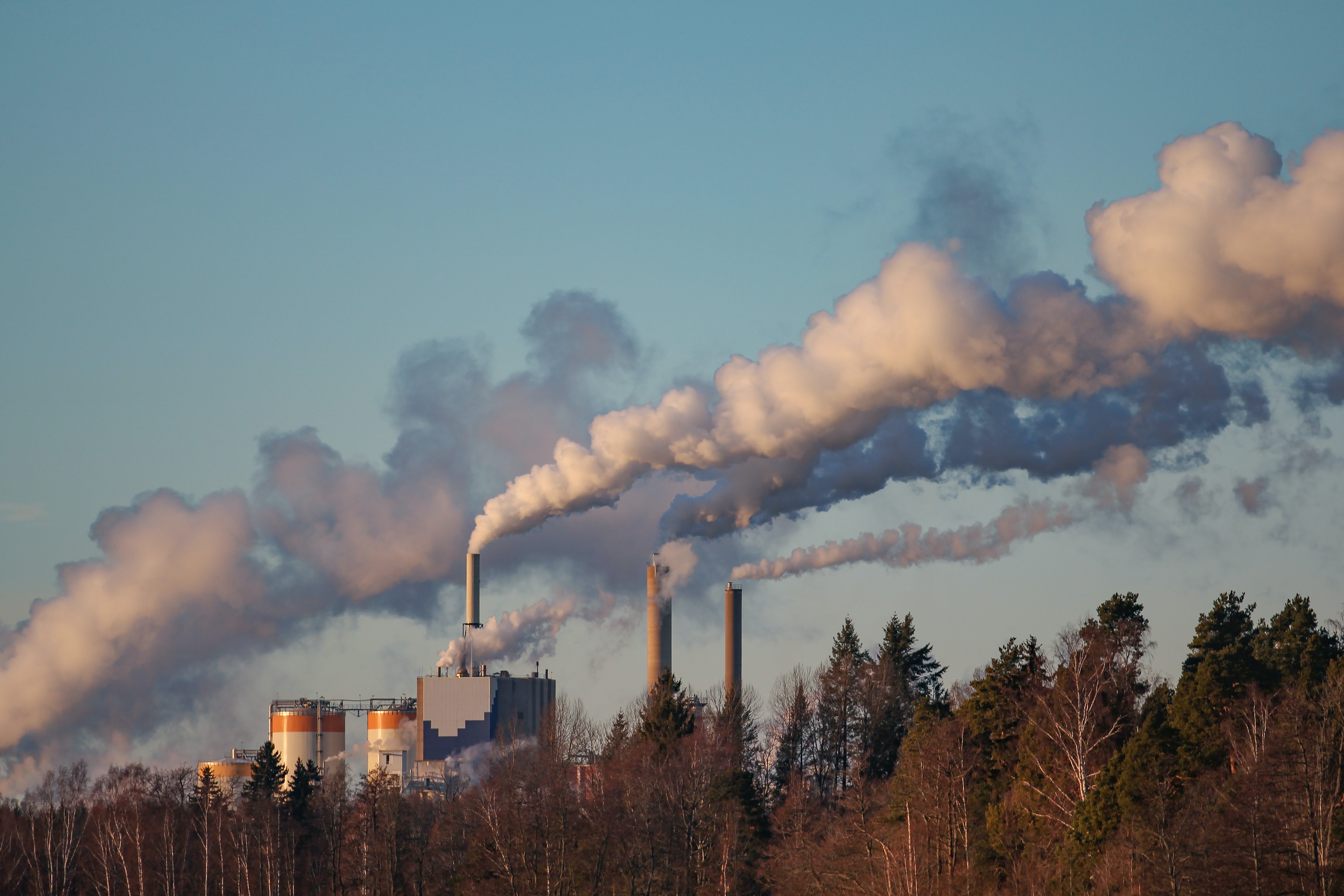 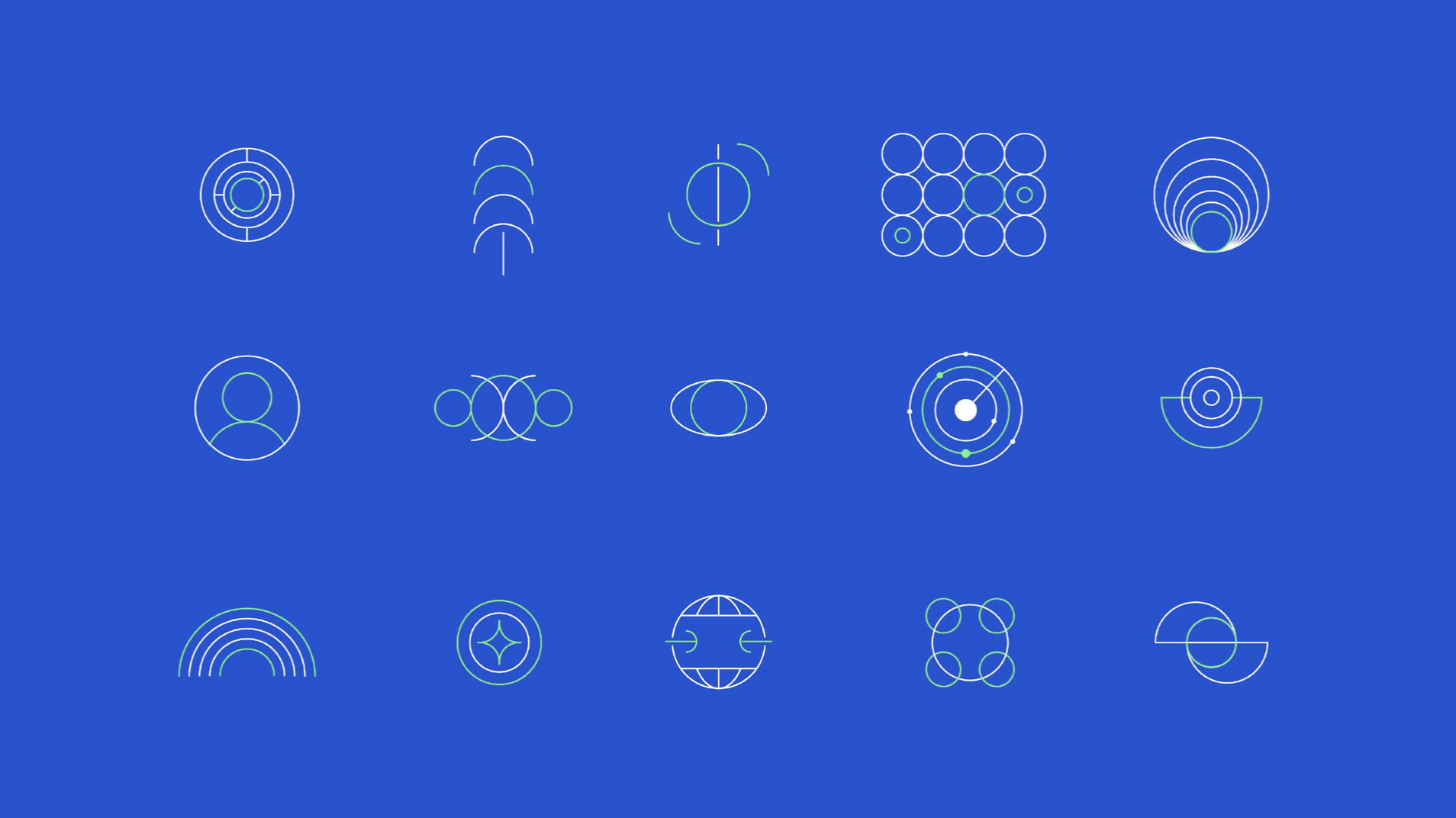 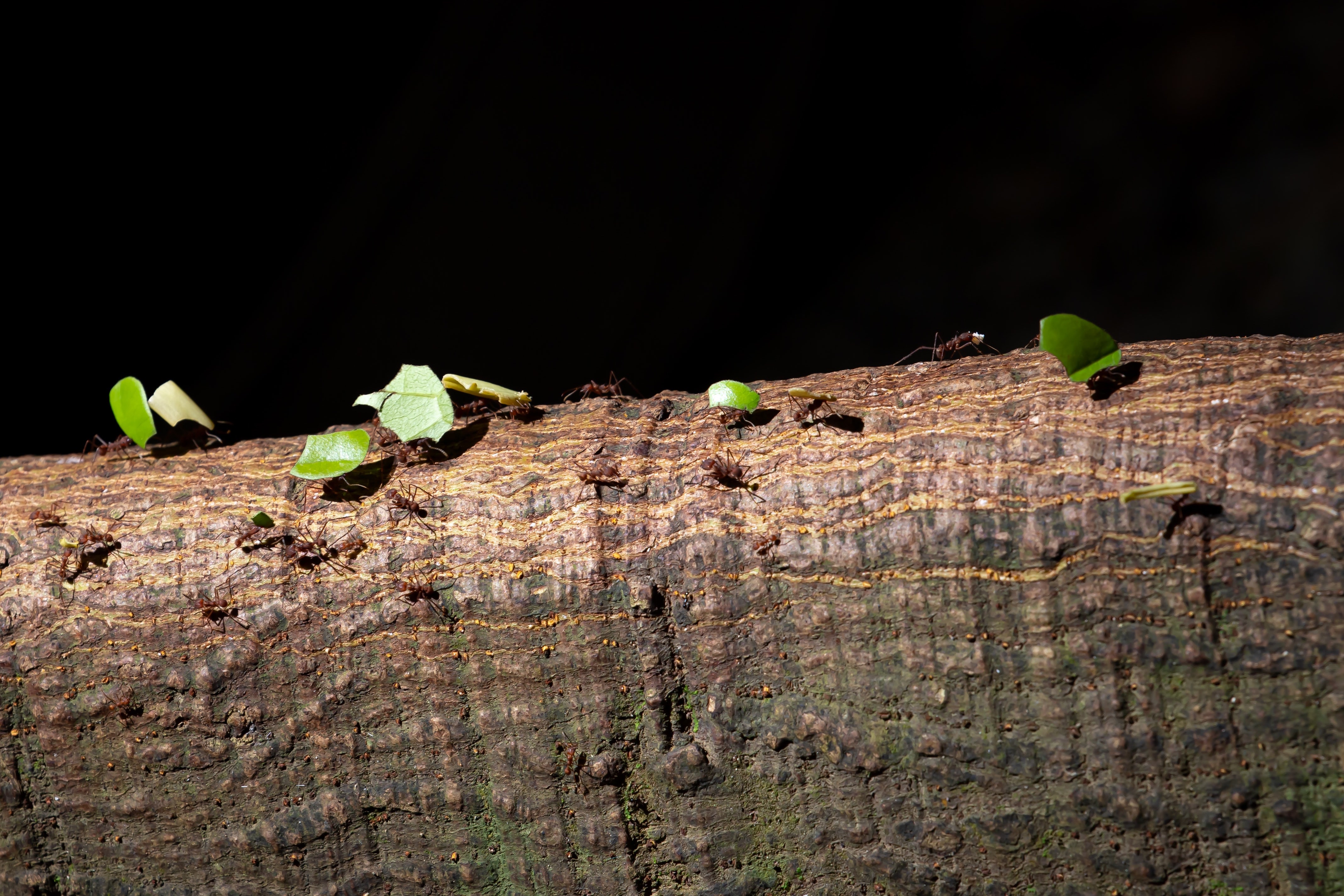 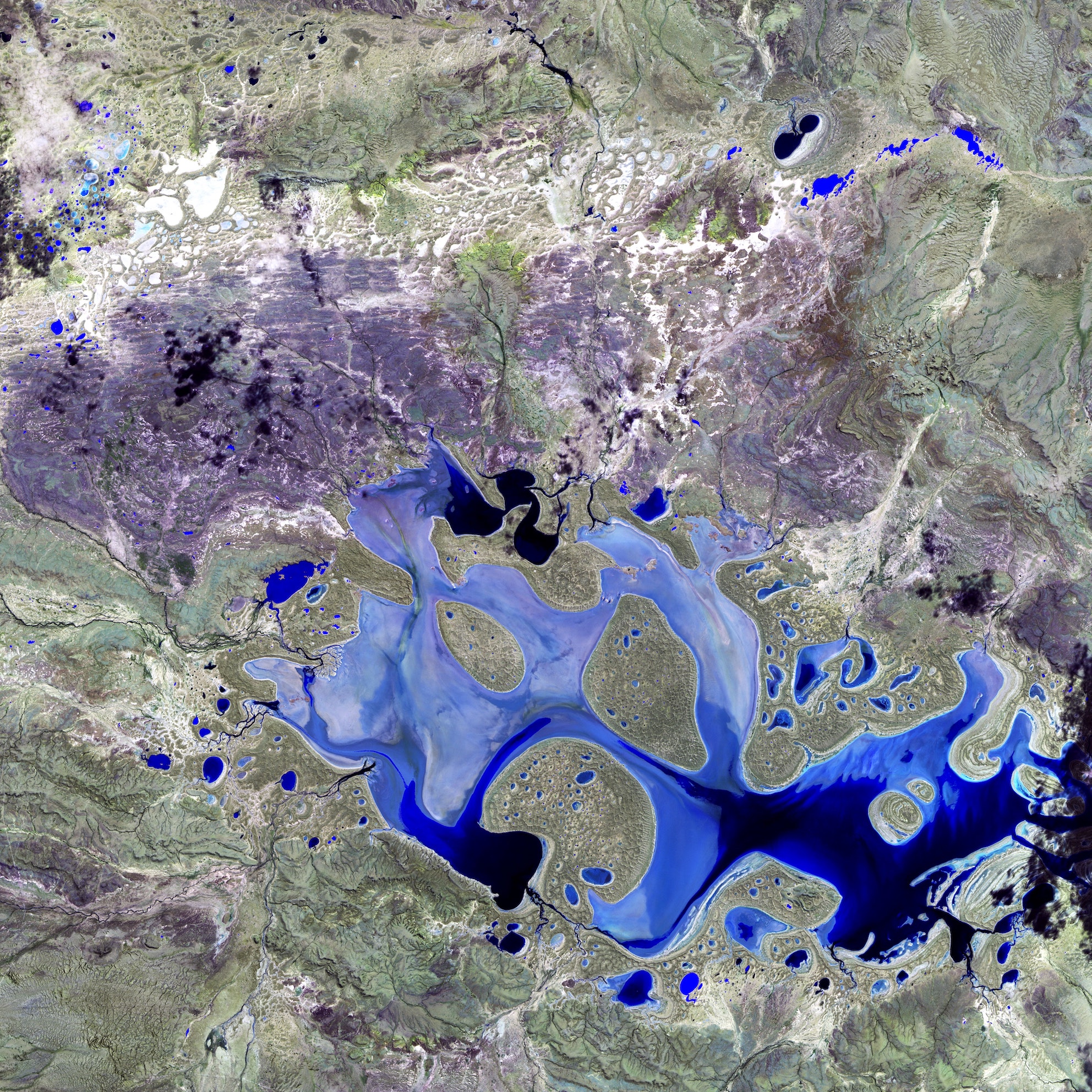 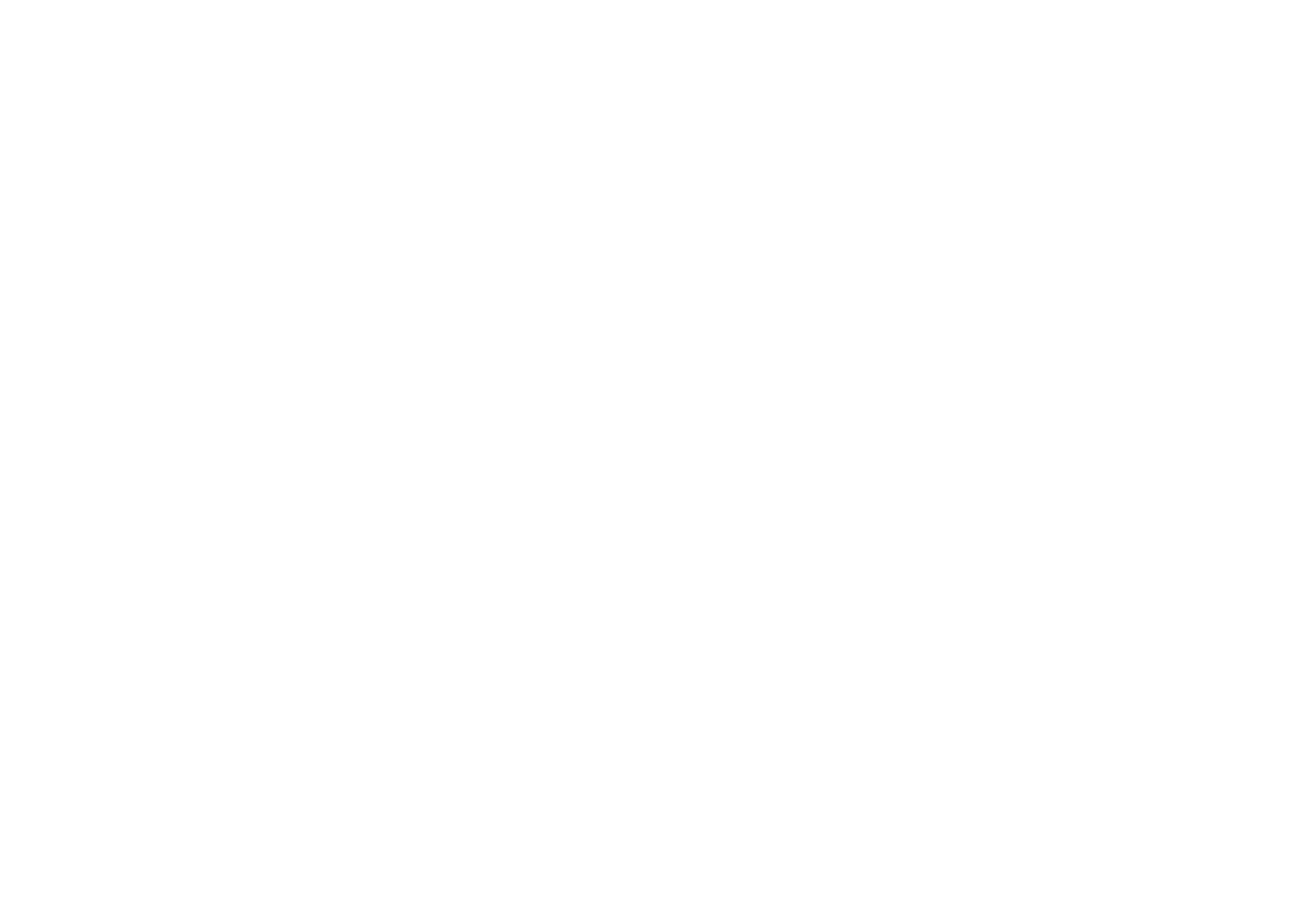